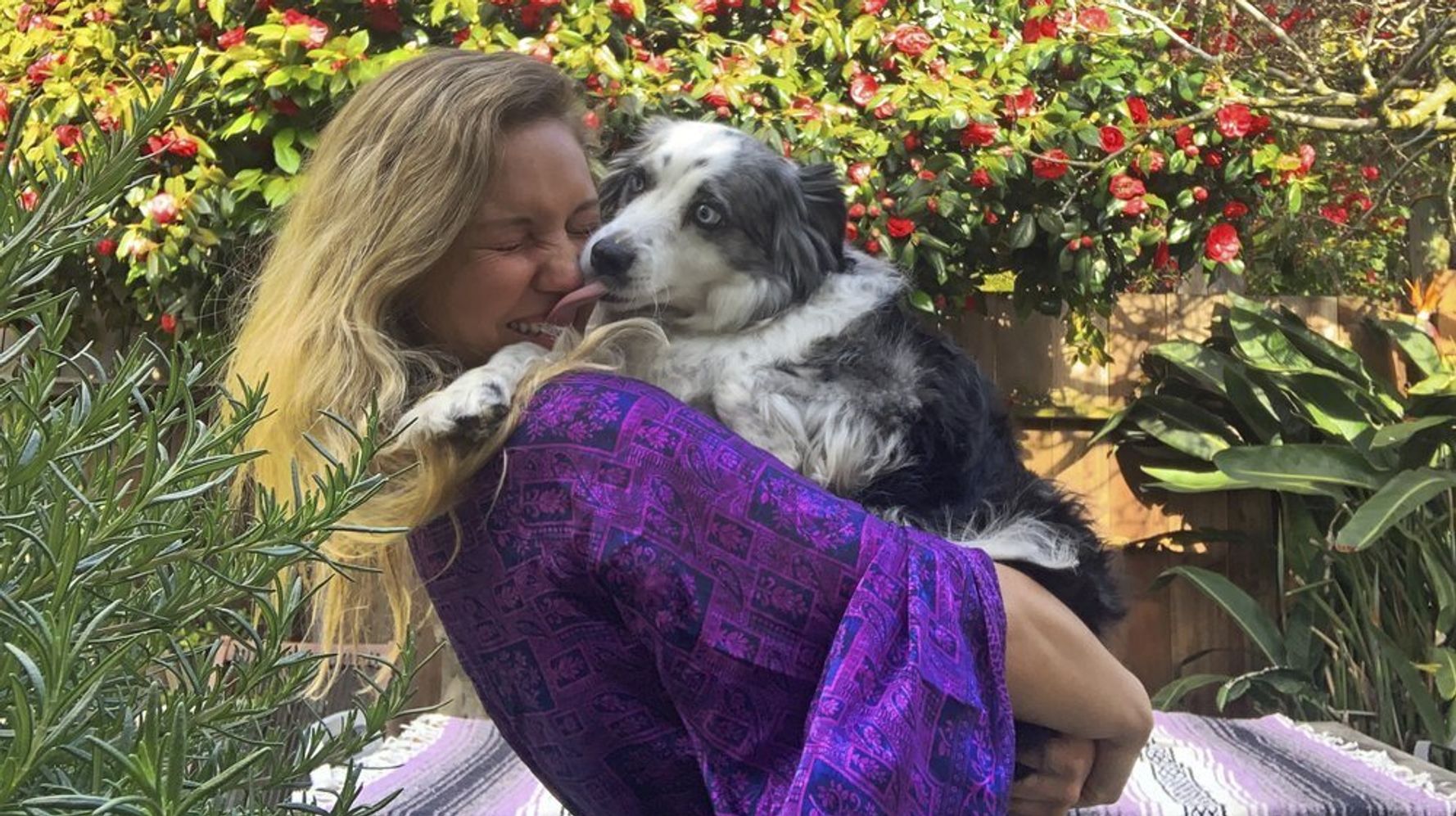 SAN FRANCISCO (AP) — Four months after a distraught San Francisco woman hired a plane to fly a search banner for her stolen dog, the blue-eyed mini Australian shepherd has been found and the two were reunited Tuesday.

Emilie Talermo, 31, said she received a call Monday from an animal shelter in Palmdale, which is about 370 miles (600 kilometres) away in Southern California, telling her someone had just dropped off a dog with a microchip connected to her phone number.

To be sure it was her 6-year-old dog, Jackson, Talermo asked the shelter to send her photos.

“As soon as I saw them, I burst into tears. It was him!” Talermo said.

Talermo launched a search on Dec. 14, when the dog with white, black, and gray fur and bright blue eyes was stolen from outside a grocery store in San Francisco’s Bernal Heights neighborhood.

She set up a website, www.bringjacksonhome.com, where she offered a $7,000 reward, “no questions asked,” and even opened an account for the sweet-faced dog on Tinder. She also hired a plane to fly a banner with the search website over San Francisco and Oakland.

Friends and strangers helped by sharing on social media her pleas to find her dog, distributing thousands of flyers with the dog’s photo and sending emails to veterinarians across the country asking them to be in the lookout.

On Monday, friends in Santa Monica drove to Palmdale to pick up Jackson. Talermo was unable to drive herself to Southern California, but the San Francisco Police Department detective assigned to her case offered to drive to Santa Monica and bring Jackson back home.

The officer arrived in San Francisco with Jackson early Tuesday and let the dog out of a crate for a reunion with Talermo full of laughter, squeals and wiggles, a video of their encounter after four months apart showed.

The shelter didn’t say who dropped Jackson off but whoever had him fed him well because he returned home a little chunkier and doesn’t seem “too traumatized,” Talermo said.

Their reunion came at the perfect time: Talermo is moving out of San Francisco this weekend and will go home to Jackson Hole, Wyoming. Once it’s safe to travel again, she plans to live in Portugal, she said.

For now, she is enjoying having Jackson home.

“He slept great, he was snoring. He has been basking in the sun in our backyard,” Talermo said.

“I didn’t sleep at all, I was with my eyes closed, smiling. I’m just so happy to have him back in my life,” she said.

Nearly 75% Of Dog Parents Sleep With Their Pups: Heartwarming Or Hazardous?